The Future Is Velvet Ropes 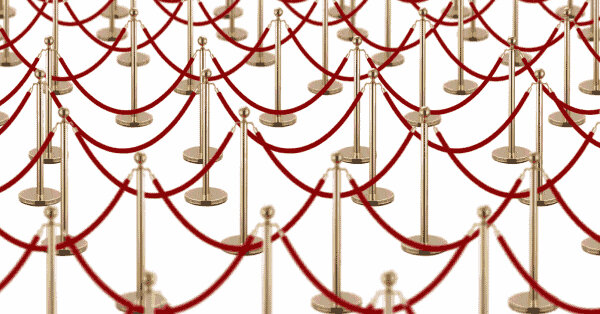 The last quarter-century of computing has been like an open, pulsing and slightly unruly nightclub. It was mostly good for all of us.

Let me explain why the half-death last week of Android smart watches reignites my concerns that the velvet ropes are going up outside this party and that new ideas might get stopped at the door. (Yes, I am going to abuse this metaphor.)

My fear is that the major technologies of the future will be more closed and controlled by tech giants than the personal computers, web browsers and smartphones that dominate our digital lives today.

Here’s how computing had been working: Microsoft (and Apple) made the dominant brains of personal computers, and Google and Apple did the same for smartphones. But those brain makers acknowledged — sometimes reluctantly — that they couldn’t succeed alone.

They, and we, were better off because their technologies were gateways to play games, scroll Instagram, keep tabs on business payroll and do a zillion other things that Microsoft, Google and Apple couldn’t have made themselves. That’s why we have smartphone app stores, web browsers that roam the world and PC software that Microsoft has nothing to do with.

Those dominant forms of computing are like nightclubs with lightly policed velvet ropes. Everyone knows that the best party brings a motley and slightly unpredictable bunch of people together.

But now the bouncers are getting strict. Technologies that might be the next big things — including goggles that overlay artificial reality on the real world, voice-activated digital assistants like Amazon’s Alexa and self-driving cars — mostly are pulling people into the digital features that the device makers create and lock down.

Many companies developing self-driving cars are designing everything from the computer chips to the steering wheel. Devices that connect our TV sets to streaming video services are almost as tightly controlled by their creators as the cable TV systems of old. Outside companies make apps for Apple Watch devices and Echo voice-activated speakers, but mostly we use those gadgets to stay in a world that Apple or Amazon creates. If this is a party, it’s one with the domineering host dictating almost everything.

These relatively closed systems might be temporary. And complicated technologies can be better, safer and easier to use if the creators control everything about them. But I worry that we might miss out on new ideas if those digital-world nightclubs get harder to access.

To see what I’m concerned about, let’s explore Android for smartphones and for smart watches. (I don’t blame you if you didn’t know that Android watches existed.)

As with its Android smartphones, Google set out to use open technology for watches to let almost anyone tinker and remodel it. But the open-party approach hasn’t worked at all. Google essentially admitted as much a few days ago by combining its smart watch system with Samsung’s.

I can’t diagnose why Android smart watches have failed. Smartphones may simply have been a unique opportunity for a technology like Android that can’t be replicated. Whatever the cause, I fear it is the beginning of the end for open on-ramps to technologies.

I might be wrong to predict more velvet ropes in our tech future. I hope I am. Because one lesson of recent history is that messy parties are great for all of us.

Here is a public library guard conducting a safety temperature check on a child’s dragon and her nutcracker named Nutty. (Thanks to my colleague Erin McCann for tweeting this.)